Ethiopia is a country of immense beauty, populated by incredibly kind and friendly people.  Lush green color in the rainy period (when I visited) is just incomparable to any other color I ever saw on my travels.  People are some of the nicest people I met, the only other country where I was perhaps met with so much kindness and friendliness might have been Iran.

Ethiopia has two completely different parts, Christian north, where Christian religion has been accepted at the earliest times, Ethiopia is one of the first countries that accepted Christianity.  Ethiopian north has been an important, powerful and rich region since ancient times.  Queen Sheeba came from the northern town of Axum, where, according to some, the Arc of the covenant is still stored in the church of St. Mary of Zion.  One of the places that impressed me the most (more than Egyptian pyramids) I also found in Ethiopia, in a small town of Lalibela. Incredible churches, carved from the live rock, undoubtedly deserve the claim to be the eight wonder of the world.

Southern part of Ethiopia is drier, harsher for living.  There, Africa that has disappeared from many parts of the black continent could still be found.  Although there are only few lions, elephants and giraffes, it is one of few places where you can still see large colony of 20 feet long crocodiles, and this is the area inhabited by several original tribes, visit of whom will not leave you untouched.

Below are some photographs from this incredible, for me one of the most beautiful countries I visited.  I apologize for the bad quality of the photographs, but these are originally slides, not digital photographs, that were scanned on not particularly good scanner (I will try to change them in the future). 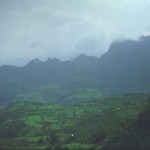 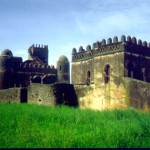 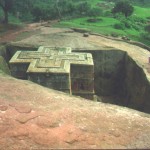 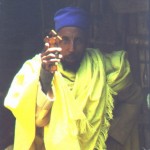 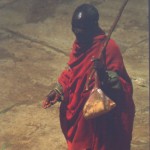 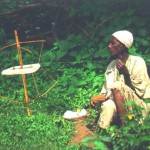 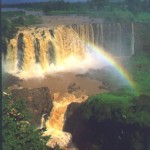 Beautiful waterfalls of the Blue nile 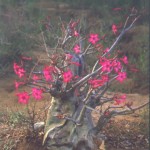 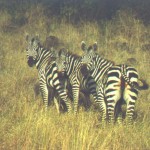 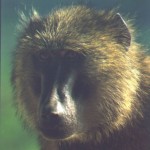 Portrait of a baboon 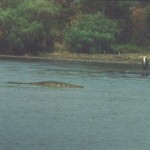 Lake Awash is one of the best places to watch crocodiles 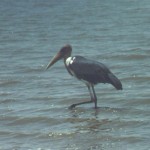 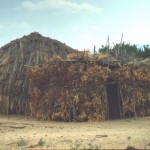 Hauses in the Omo valley 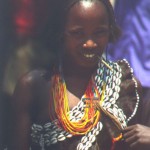 Local from the Omo valley 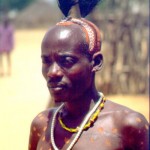 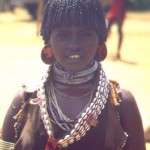 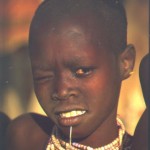 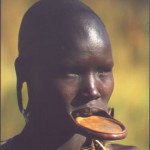